WIN a luxury London weekend break for 2 including an Indian cookery masterclass with Vivek Singh! 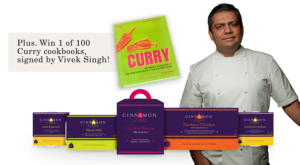 All you need to do is pick up one of the Cinnamon Kitchen range available in selected Tesco stores, cook your delicious dinner and share a photo of it including the front of your Cinnamon Kitchen pack, then post it on…

For your chance to win one of 25 cookbooks each month and the grand prize of a luxury London weekend break for 2 including an Indian cookery masterclass with Vivek Singh. 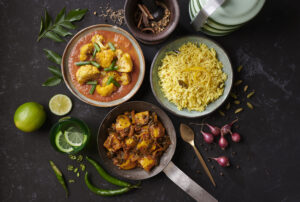 Please feel free to share your feedback by email or by writing to us at:

TO BE THE FIRST TO HEAR ABOUT OUR EXCITING EVENTS AND NEW DISHES AT OUR CINNAMON KITCHENS SIGN UP.

Join us on the Terrace!